Galeon Technology Solutions S.A. – GTS® is an own-capital Costa Rican company belonging to the field of Digital Technologies.   Our business focus is to provide application development software through outsourcing assistance, as well as custom development and consulting so that these services help increase the effectiveness and value of our customers’ business.

From TEC classrooms to the Information Technology market. 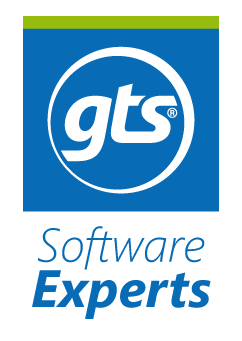 GTS® began its operations in 2004, and in 2005 it was affiliated to CAMTIC – Cámara de Tecnologías de Información y Comunicación – the institution in charge of arranging related IT development in Costa Rica. In 2007, GTS® became a Microsoft® registered partner and, in 2009, thanks to the certification of one of its trade applications, GTS® was made a Certified Partner and is classified with a Silver ISVs (Independent Software Vendors) level, entitling them to use the current Silver Application Development.

The company achieved the Sello PYME (ID PYME 16610) in 2013 by the Ministerio de Economía, Industria y Comercio – MEIC –  throughout the General Direction for Supporting Small and Medium-sized Companies (DIGEPPYME).

Linking our company with organizations and institutions of significance.

We have deep-rooted principles that allow us to go ahead every day, looking for continuous and constant improvement.

We believe in effort and professionalism as a means to achieve success in every area of ​​our work.

We are attentive to the needs of our customers and partners, continuously maintaining a respectful and cordial attitude.

We value trust and it forms the basis of relations and the main driver of our actions.

Our business philosophy believes in building trust in which our customers, partners, and their families may count on; as well as union and fellowship where we know we can count on each other.

To be recognised as a highly reliable company in the field of consultancy and software development solutions in terms of efficiency in our processes, customer service, talented employees, and steady growth and planning.

To be a company committed to providing our clients with services and software solutions with a high-level increment using our skills at the enterprise level, in an atmosphere of mutual satisfaction, which ensures improving the quality of life of all members in the organization, customers, employees, partners, and other stakeholders.